Every time I mention I haven’t been to Europe, someone goes “REALLY?”. Well, that’s about to finally change and I can’t wait.

Why I’ve never been

2009 was not a good year for the US dollar. Originally I had planned on three months in Europe for the start of my trip. After some research, I found that I can either do a few months in Europe or an entire year in Asia and South America. If I was going to quit my job to travel the world, I wanted to hit more places for a longer period of time.

After I got home from a year around the world, I applied for a teaching position in China that lead me to go back to Asia for another year. I did a stopover in Korea on my way back for a week. That made two years without having never been to Europe.

Once I got back from China, it didn’t took long to leave again as Stephanie and I planned a big trip to South America starting in Colombia and ending in Chile. That was a good 8 months in South America.

I’ve been back in the US since May and during that time we’ve been in Fiji and around the US. Our schedules have been pretty crazy.

The opportunity just never came up. I was always going somewhere else.

The opportunity has finally come! We had so much fun at TBEX in Colorado that we had to go to the next one in Costa Brava, Spain. Stephanie and I have many good friends and good memories with TBEX. We had to go and it was a great opportunity to go to Europe with our blogs now doing so much better and we a more stable income. Plus the dollar is a bit stronger now.

Where we are going

I know we’re not leaving for long but it’s going to be a nice glimpse. It’ll give me the bug to travel more of Europe. 2013 will be the year of Europe for Stephanie and I.

Have any advice on what to do in these cities?

Thank you to our sponsors 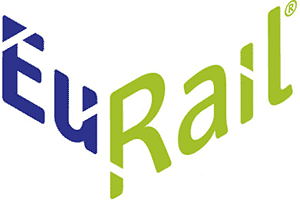 EuRail.com: They’ve provided us train tickets to many of the cities we’re visiting. Traveling by train is my favorite form of transportation so I’m excited about this sponsorship.

HostelWorld: My favorite and preferred booking engine for hostels. These guys are awesome all around. I can not recommend them enough. They’ll be providing us accommodation in many of the cities we’re visiting.