What makes us who we are, our personalities? Why do we make the choices we make? And do those choices change the rest of our lives? What drove Anakin Skywalker to the dark side and could his past events have lead him to become Darth Vadar? Why was Luke Skywalker so different from Anakin? What forces shape us?

Star Wars Identities is an interactive character-driven adventure into identity.

My brother (13 years old) and I went and were given a radio transmitter that went into one ear. There’s 10 short clips explaining what makes us who we are that were transmitted into the radio. What was interesting is that they explained it through the point of view of Star Wars with animations but was easily a real life explanation. The clips went into explaining the ten things that makes us who we are — species, genes, parents, culture, mentors, friends, events, occupation, personality, and values.

The fun part though was creating our own Star Wars characters! We were given a electronic wrist band that we had to scan at several locations throughout the museum. Each numbered station had different objectives and depending on the options we chose, created the personality for our character. The questions were related to Star Wars for example on how I’d react after hearing my mother died, what I would do after hearing my home planet exploded, am I adventurous, am I spiritual, etc. Each choice could change everything on how I’d end to be grow up to be.

I chose a female (as I usually do in video games) and I was a Zabrak because when I played Star Wars Galaxies, the video game, that’s who I was. My mentor is Padmé Amidala but mostly because Natalie Portman is super hot. I’m also adventurous, curious, social, and energetic. That sounds about right. The force is apparently strong with me but I turned down the Emperor even though he had a crazy good deal to offer me. This information was all sent to me via email and recorded on the official Star Wars Identities website with my character and name. The background is my brothers character when we linked our characters together. 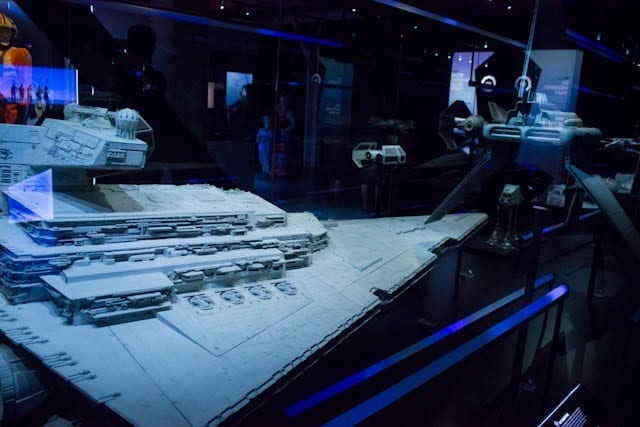 Growing up, I was a Star Wars fanatic. I remember one year as a kid all I asked for my birthday was two dozen Star Wars figurines. Then I got really into the video games to the point where that was my other life. You can imagine then I was pretty excited to see over 200 of the original costumes, models, props, and artworks. The enormous Millennium Falcon on film was small in person. Yoda is still ugly and Darth Vadar and Boba Fett costumes kicks ass.

Star Wars Identities is being held in Montreal, Canada until September 16th, 2012 in the Montreal Science Centre then moving to Edmonton, Canada from October 27, 2012 to April 1, 2013. No other dates have been announced yet. 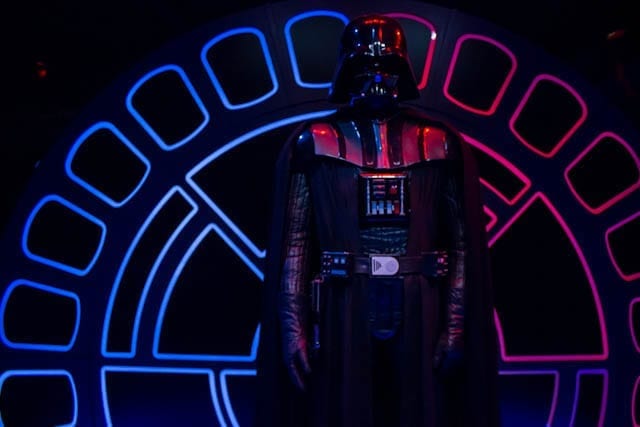 Thank you Tourism Quebec, Lucasfilm, X3 Productions, and Montreal Science Centre for inviting my brother and I and providing  us with a media pass during our visit.