Bologna is the capital city of the Emilia-Romagna region in Italy and it’s by far my favorite city in Italy. In 2011, it ranked first in the highest quality of life compared to all other Italian cities and still one of the wealthiest cities in the country. Could this be the city that I’ll eventually move to once I become an Italian citizen? Also read Erin de Santiago’s first impression of Bologna. 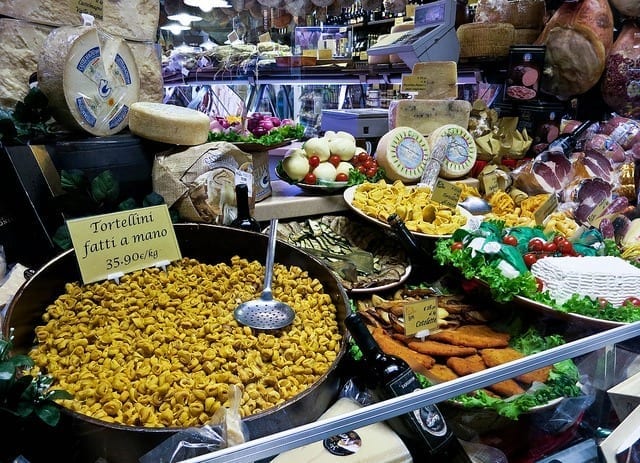 The Emilia-Romagna region is famous for its food even for Italy. It says a lot when even in the Italians in Italy outside of Emilia-Romagna tells you the food is good there. This is home to the best Bolognese sauce and which is most often served with tagliatelle pasta, not spaghetti that we’re use to at home. The markets in Bologna is a food lovers paradise. Almost everything in locally grown in the region. The markets are spread through the entire city so there’s a good chance that no matter where you in the city, you’re in walking distance to at least one. You’ll also find the BEST cured pork meats like prosciutto, mortadella and salami all of which are local to the region. Another popular dish is tortellini served in broth. To the locals in Bologna, tortellini must always be served in broth. 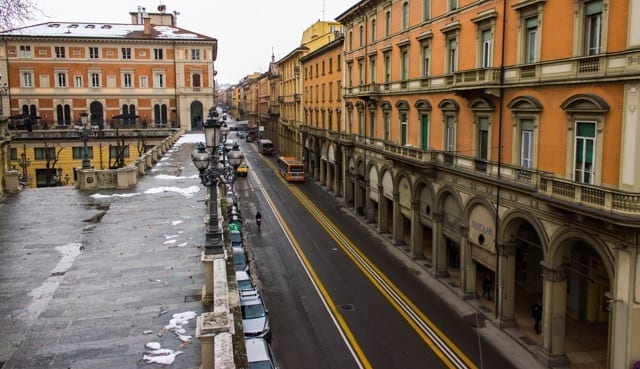 I love the city life but I start to get annoyed when there’s too many people on the streets. Bologna is still a city but it doesn’t feel like havoc. It’s easy to get away from the crowds and the city is relatively small. Even for a small city, it has everything I could possibly want. There’s a great nightlife scene, bars are easy to come by, and there’s always something going on. On our last day in Bologna, they were building a huge concert stage in the center of the city for a popular musician that had passed away the year prior. I wish we were staying longer because our hotel was literarily across the streets from it and would have been cool to go. Bologna is a university town. University of Bologna is the oldest university in the world located right in the center of the city. Johns Hopkins University is also located in Bologna which brings in lot of english speaking students. 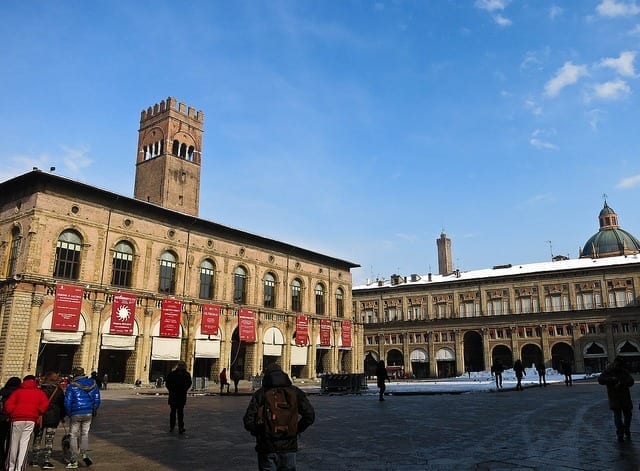 Everywhere else I’ve been to so far in Italy has been packed with tourists. I’m a tourist myself so I have nothing against them but in huge numbers it starts to take away the feeling of being somewhere far and peaceful. There were very few tourists in the city. Mostly students and people just going about their day.

I’ve been looking at prices for an apartment throughout Italy and I was really surprised to find that living in Bologna was actually pretty inexpensive for the quality of life you get in the city. 500 euros can get you a decent apartment downtown. I had expected most of Northern Italy to be expensive but I was wrong. This is by far cheaper than Rome too.

Easy to Enter and Leave

Bologna is conveniently located in a place that makes it so easy to get to anywhere else in Italy and in Europe. By train, it’s the center city where all trains intersect from North-South and East-West. It takes only an hour to get to Milan, 30 minutes to Florence, 2 1/2 hours to Rome, and 2 hours to Venice. By plane they have Guglielmo Marconi (Bologna) International Airport which is just a few minutes from downtown. There are many big name airlines and budget airlines that fly to Bologna making it easy to get to anywhere in the world and especially within Europe.

It’s the city of many nicknames

I still have a lot to discover in Italy but so far, Bologna has captured my heart. Will I eventually end up in Bologna? We’ll see!

My stay in Bologna was thanks to the Emilia-Romagna tourism board. They put me up in Bologna for four days in a sweet hotel called Art Hotel Orologio. My decision to maybe want to move to Bologna is obviously my own but they definitely helped convince me that Bologna is indeed an amazing city. I didn’t need much convincing really. All opinions are my own.