I’ve stayed in a lot of hostels these last couple years. There’s been a lot of good ones and just as many bad ones. My frustration with some hostels got me to write an open letter hostel owners a year ago. What about the good hostels though? Who are they and what do they do differently from everyone else? Here’s my list of the best hostels I stayed in 2012 and why I enjoyed them so much. I hope to make this a yearly roundup going forward. 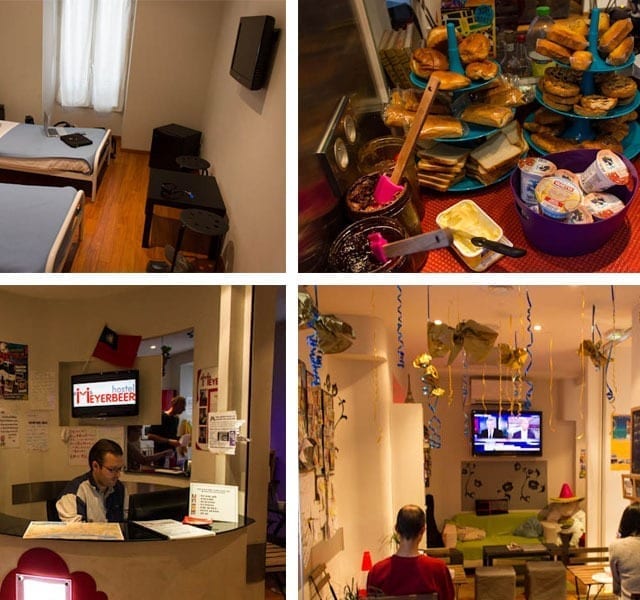 Hostel Meyerbeer is a great example of a hostel that made the best out of a small area. The common room is setup very well for meeting others and entertaining guests. I loved all the decoration on the wall and the overall layout of the common room. When I walked in, a bunch of people were playing in a tournament on a Fifa video game on a nice big LCD screen.

Then there was breakfast. It had more than just bread and butter. One of the receptionist said to me that because there was a large group of Germans at the hostel, they had brought salami for breakfast. Apparently, salami is a popular breakfast item in Germany. That’s attention to detail. 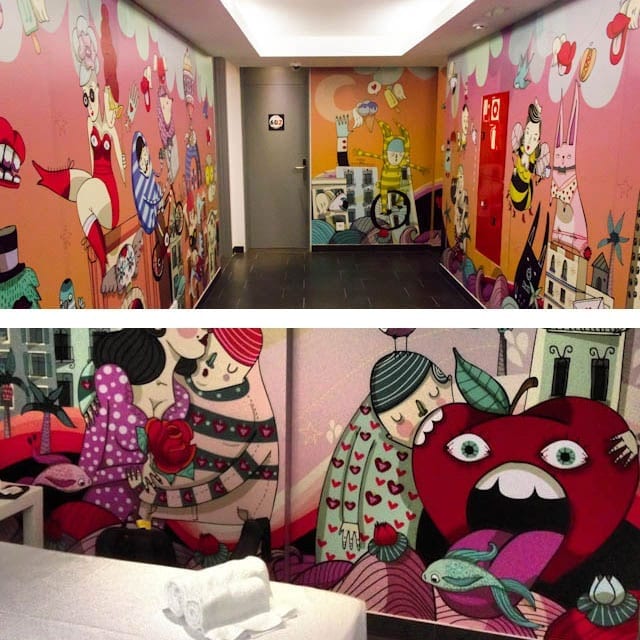 This is going to be a big claim but St Christopher in Barcelona might be the best hostel I’ve ever stayed in out of all my years of traveling.

First the receptionist at 1am was helpful and kind. What stood out though was the small talk we had while he was checking us in. It was quick and he knew how tired we were so it wasn’t a long conversation. Just simple things like where we were coming from, if we had any questions, a quick overview of the hostel, and that’s it. Too often when we check in at a hostel they either talk too much or not talk to us at all. On travel days I don’t feel like having a huge discussion when I’m minutes away from my bed to relax a bit. Just tell me what I need to know in a quick summary. It makes a difference.

The hostel must’ve been a hotel or something before. The elevator had a LSD screen with the weather and news. We got to our floor and was overwhelmed with artwork plastered on the walls. Every inch of the wall covered all around. It was creative, weird, and awesome. Our hallway had a mini common room though it doesn’t look like it gets much attention. Ideal probably for large groups for a place to hang out. We discovered that every floor of the 5 (I think) floors had a unique theme.

We stepped into our room and again surrounded by artwork. We were on the top floor and had a view of the city from above. It didn’t feel like I was at a hostel at all (granted it was a private room).

St Christopher teamed up with another company to provide free walking tours of Barcelona. That’s smart. They’re providing more services to their guests without having to do extra work.

Next door was one of the most impressive hostel bars I’ve ever been to. It was enormous. Unfortunately for me, there was no party going on that day but it looked like when a party does occur, it’s probably awesome. The bar is also way far from the bedrooms so they could go on to blasting music and I won’t hear anything. From what we were told, they’ve sound proofed many of the rooms anyway.

Backpackers don’t stay in hostels just to save money but also for a chance to meet others. Hostel Empedrado does a great job in providing activities to its guests that will bring guests together.

On one of the days they had a free wine tasting activity. There were about 20 of us and we had the chance to try a variety of different wines from Mendoza. The lady gave us a lesson on wine and how to appreciate it. She also talked a bit about the wine culture in Mendoza. It was educational and free! The smart part about all of this is that the hostel themselves sell wine. We were taste testing the wine we had the option of buying a bottle of thus generating more revenue. We did in fact buy wine afterwards too.

On another night we had this incredible asado (Argentinean BBQ). It was very reasonability priced and included a few glasses of wine and a big meal with meat and salad. The meat was locally bought and the hostel just brought over a local chef to cook up the feast at the hostels custom made stone grill. A bunch of us observed his cooking methods and asked some questions. For dinner, we had to sit next to 20 other guests on a big table. As the night went on, we bought more wine bottles and drank the night away.

Want to pick some grapes? Just grab a few growing on their roof outside. 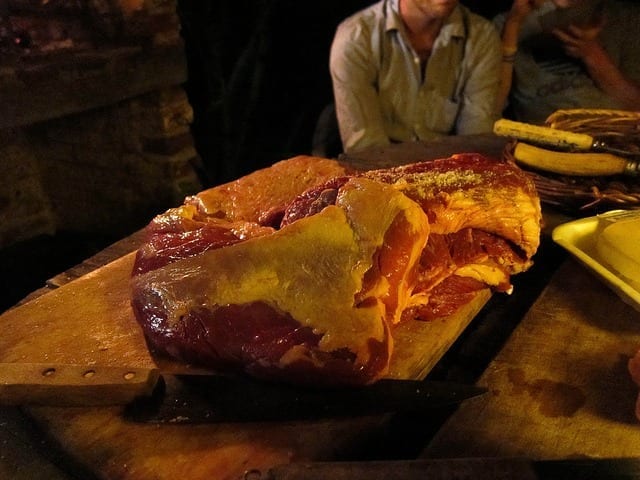 The rooms were nothing special and the location of the place wasn’t really that convenient to go downtown. So what made this place so great? The owners and the BBQ.

The hostel was placed in the middle of a neighborhood full of what probably was multi-million dollar houses. It wasn’t really even a hostel, more like a guesthouse. We were literally just staying at the owners house in which they’ve expanded to include a few rooms with a few beds. The house was about 15 minutes to walk to the supermarket and huge mall. Easy to go shopping and come back to cook in their kitchen. Breakfast was also included and tasty.

The beach was about 20 minutes walking I think. It could have been mostly because we went during the off season (March) but it was totally deserted compared to the downtown beach area. The way I like it.

Similar to the asado we had in Medonza, we had a full bbq outside. The owners had this incredible bbq setup which probably most houses in Uruguay have. So most of the people from the hostel gathered round the table as the owner cooked seriously THE best steak meal we’ve ever had in South America. I am not over exaggerating. It was perfectly cooked on all sides, salty, and juicy. The way I love my meat.

The owners helped us rent a vehicle and provide advice for our road trip through the coast of Uruguay. They were helpful and the house was comfortable. I wish we weren’t so limited on time because I wouldn’t have minded staying longer. 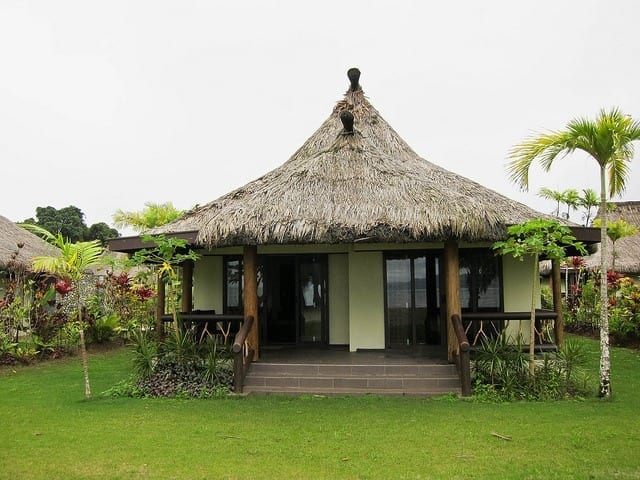 Staying in a beach resort sounds like it’d be out of most backpackers budget but this resort does something other resorts don’t do, they have dorms. For $19 a night, you can stay in a luxury resort while a villa in the same resort cost $335 a night. Out of all the resorts we’ve stayed in Fiji, this was one of our favorite ones. It’s locally owned and small compared to many other fancy resorts in Fiji.

The common area is enormous and all basically set outside but with a roof. There’s a cute small bar outside and a larger bar inside. The food was always delicious with good variety and the drinks were strong.

Where was the best hostel you stayed in 2012?

Uprising Beach Resort, St Christopher, and Hostel Meyerbeer were comped. All opinions are definitely my own.