I went abseiling off the Euromast in Rotterdam.

Abseiling, also known as rappelling, is a slow and controlled decent with a rope off a cliff. Very little equipment is used. Just a rope, a descender device, and harnest. The descender device controls the speed of which you go down. By pulling the rope outwards, you start to go down. Pulling it inwards stops the movement. The rope is tied into a figure eight within the device. It’s pretty simple really and the further you go down, the easier it becomes to pull the rope down as the weight of the rope gets lighter.

I was a nervous wreck though. The guys who worked there calmed me down and had me going over the ledge very slowly. My legs were shaking. As I was instructed to go further down off the ledge, I became less nervous. It happened so slowly and calmly that it really wans’t a big deal at all. Suddenly I was hanging with just the rope and my feet were against the windows of the building. On the other side of the windows were people having lunch.

Unfortunately it was raining and the clouds made it difficult to see far. Still the view from up there was amazing. I took my time and just enjoyed the view. The rest of the ride was more calming still had an adrenaline rush. It took less than 10 minutes to go all the way down. It was one of the best things I did in Holland. 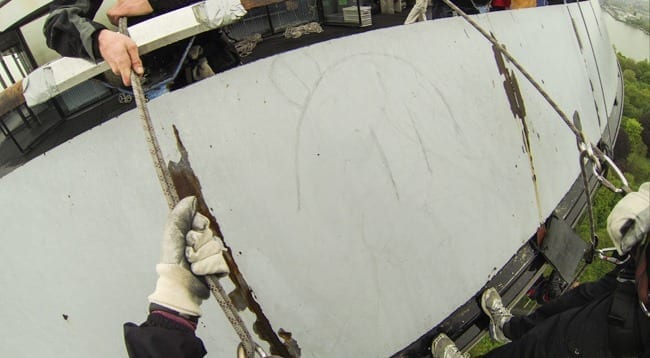 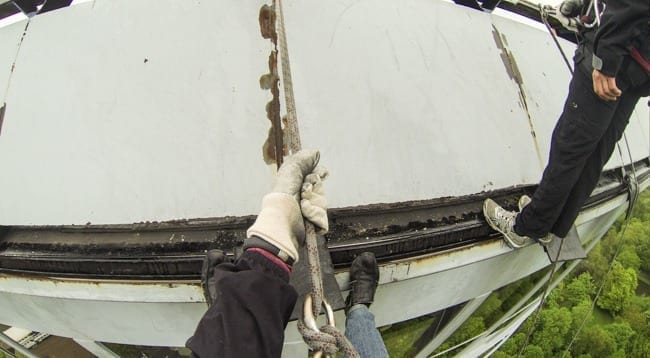 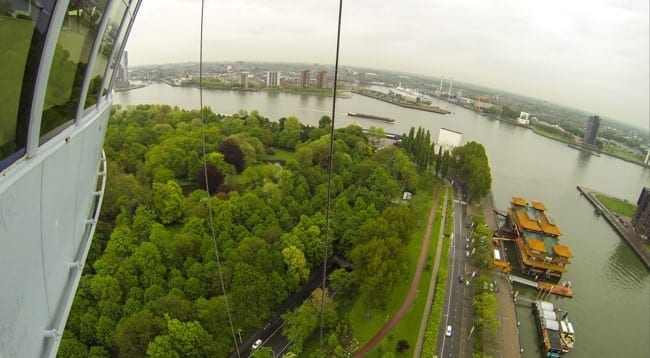 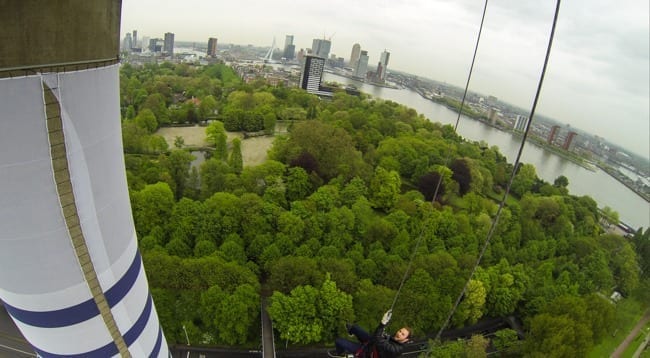 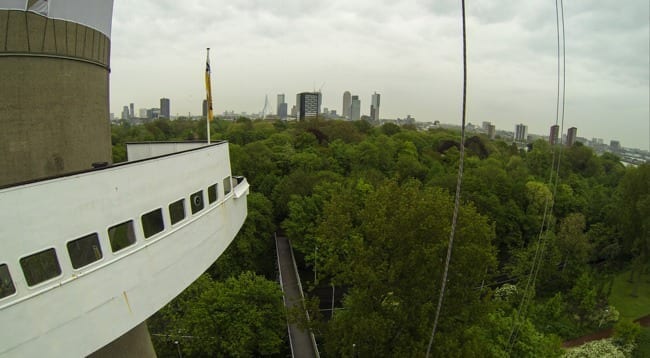